I have more than 25 years experience in service delivery, advocacy, policy development and management. I enjoy working alongside SAS’ members, striving together to build a more inclusive and welcoming community.” 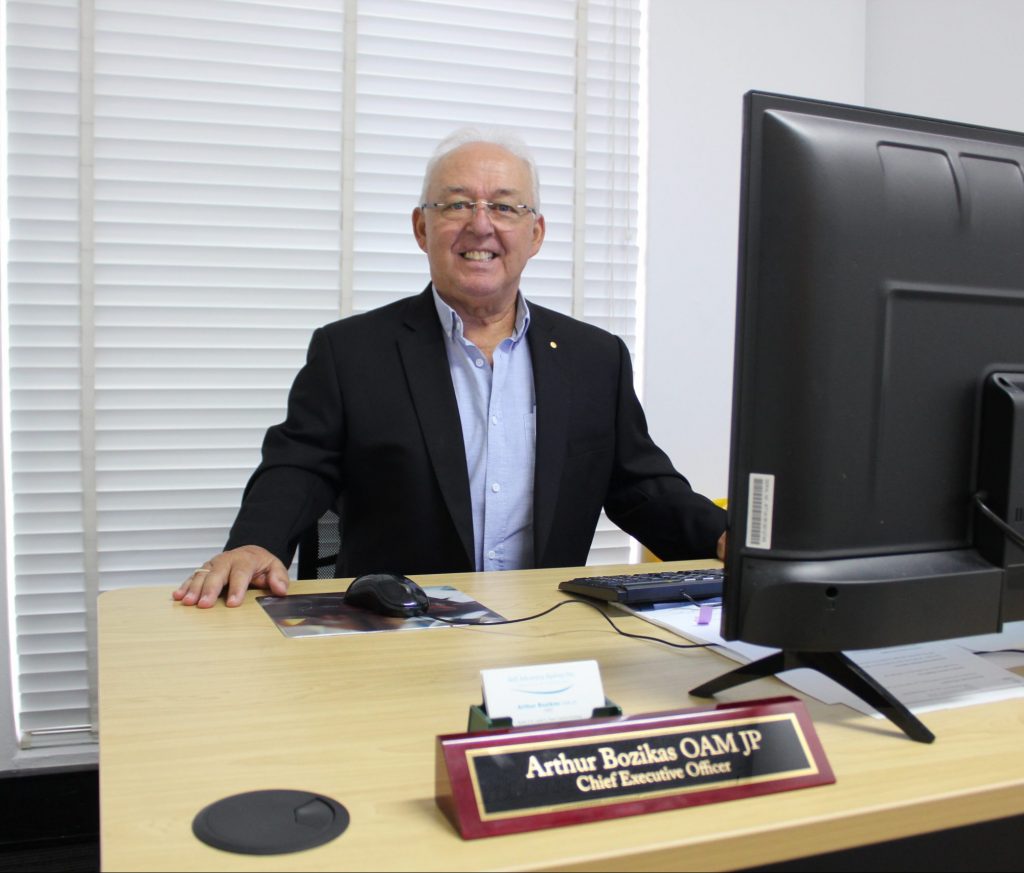 Justice of the Peace appointment 30th May 2007.

Fellow of the Australian Institute of Management (FAIM).

Fellow of the Governance Institute of Australia (FGIA).

Arthur has been the Executive Officer of Self Advocacy from 1996 to 2007, and after a short break was back as CEO in January 2012. Arthur runs the day to day operations of SAS Inc and reports to our Executive Board monthly meetings.

Arthur received a Medal of the Order of Australia on the Queen’s honour list, 13th of June, 2016, for service to people with a disability through a range of organisations that was awarded by His Excellency General, The Honourable David Hurley AC DSC (Retd).